Hello all! I’m sorry I haven’t made a post in a while but my computer has been having all kinds of issues and….I’ve just not had much to say until now! Where do I start? How about this past weekend. So, I went up to Bealeton VA for the tribute to Hardaway Connection for their 35 years in the business. Well, first off, the drive was hell…But that’s not the point of this. One point is that I was absolutely SHOCKED that there is such a strong Southern Soul Market in that area. I mean, I was damn near in Maryland and I just kind of thought that there was not much interest in Southern Soul that far north. But I was WRONG! The place was packed. See for yourselves. 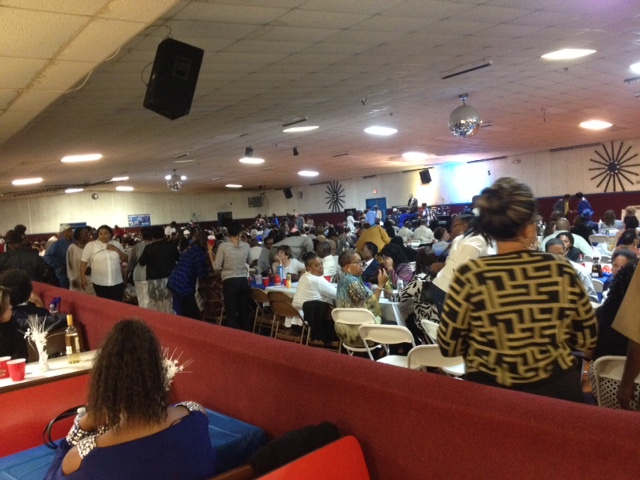 And when I tell you they came to party…THEY CAME TO PARTY!!! On this show there was Maurice Wynn, Shay Denise, J Red, Donnie Ray, Roy C and of course, Hardaway Connection. Great line up right? The only one I hadn’t met before was Donnie Ray. I swear the man is only about 5 feet tall! He packs a lot of punch in that small package though. I enjoyed his show so much I got his new CD and an autographed pic for my collection.

Now, I have known Roy C. for a long time but I never did have anything of his that I could display. So, I decided to get a pic from him too. And of course he got on stage and showed his a$$ as usual…not literally. I just mean he talked his usual trash. The fresh bastard also groped me a little when I hugged him…Yep, same old Roy!

I also got a selfie with my dude J Red the Nephew. It was good to see him. I hadn’t seen him since we recorded that song together back in March. What song you say? Listen here. If You Need Some

What I failed to do though is get a pic with my dude Dr. Nick. He hosted the show and he has been faithfully playing my music on his radio show Southern Soul Rumpin’ on WPFW 89.3FM on Saturdays from 2pm to 4pm. He’s been a great champion for me and I forgot to get a pic with him. I also forgot to get one with Hardaway Connection. I guess I just got too into the show to cover much with my phone. I at least should have gotten one with my girl Toni Love, the female singer in the group. She is a great lady and put on a really great show that night. Anyway, I will try to do better…That’s all I can do.

I’m glad I made the trip though. I made some great contacts, got to meet some great people, saw some old friends and generally had a really great time.

Now, I know it was two months ago when I said that I was working on a new song. Well, I did finish it and it is doing quite well! It is the only song that I have ever recorded that I did not write. It was written and produced by a guy out of Mississippi named Mike Darden. When he contacted me about doing a song I was apprehensive because people send you stuff they think is great and most of the time it’s not so great. Also, I was a little uncomfortable giving up my creative control. Again, I didn’t write it so I was like…uhhhhh. BUT when I heard it, I knew I had to record it. I could actually hear myself singing it in my head. So, I figured it was meant for me. It called “That Act Right” and you can hear it here That Act Right  I have put it on CD baby so that you can buy it but it’s still under review right now but it should be available in a day or so.

Even though it is brand spanking new, it’s already making waves. This is the one that Dr. Nick is currently playing on his show. I can’t even tell you the other stations that are playing it but it must be quite a few since my Facebook music page is getting so many views per day now. The song has also made Daddy B. Nice’s top ten for October. It is at #4. When I saw that, I got emotional. Even as I am typing this I am holding back the water works! I have been reading and watching that site for a while because it is THE Southern Soul website authority and I just couldn’t believe that my name was on it. Have a look. Daddy B, Nice’s Corner and Top 10

I guess that’s about it for now! As far as I know, my next gig isn’t until December 9th. It will be the Mr. Freeze Christmas party. It will be a good one! More details to come. Until then, thank you and keep listening! Update…You can now buy That Act Right! Here is the link. That Act Right