Well, I literally just stepped in the house from North Myrtle Beach. I couldn’t wait to make this blog entry. One, because once I lie down, I will be a complete vegetable. Two, I’m excited about all the new people I have met and the new connections I have made.  I went down on Saturday November 12th. I started by doing my song Ole School Style with Big Time Party Band. Here is the video of that. Those guys are always super cool! Thanks for hanging out with Me John, Todd and Tracy! And thanks for the dance Johnny! 😉

Later, it was on the the Industry Awards. This is where I met soooo many people. First, I met Gary Lowder, lead singer in Smokin’ Hot. I have wanted to meet this dude for a long time because I love his voice and would really like to work with him. So, we talked about that and I think we will be in touch about it. High five to me!! Here we are. 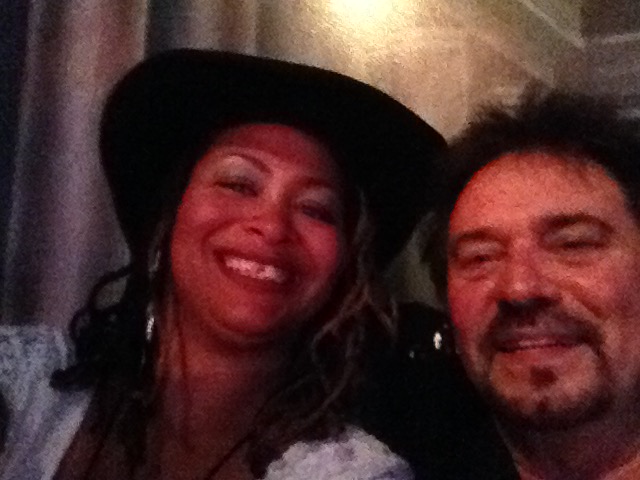 Then it was on to Rhonda McDaniel!!! THE female vocalist on the beach music scene. She has won best female vocalist for 9 years in a row! This year she shared the award with Allie Privette, another very talented young lady. I introduced myself and told her I was a huge fan. I gave here a card and a CD and took this pic. 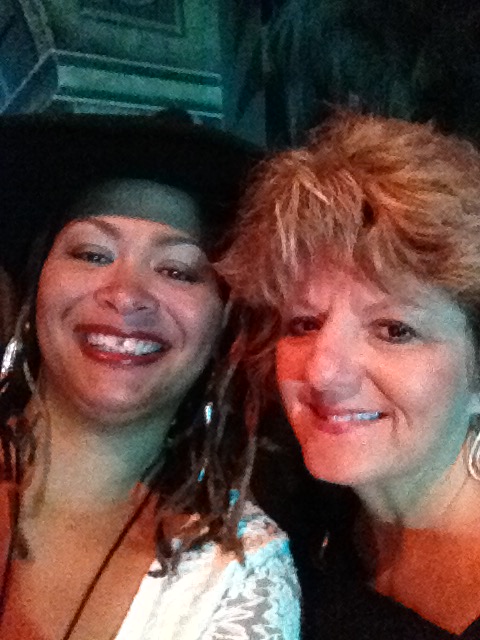 THEN, in walks Lomax!!! I recognized him as soon as I saw him. So I went and spoke to him for a little while. I let him know how much I loved his music and that I’ve been a fan for a long time. Apparently, he was expecting to see me. His manager told him that I wanted to meet him. He seems kind of quiet in person. Not at all what I expected because of his stage personality. Anyway, at least he let me get a pic.

Of course Hardway Connection was down for the awards. So, I went to catch them but I was late because I took a long nap that day. BUT I did get to hang out with them the next day. I wasn’t going to stay for the awards show on Sunday but Robert offered me a free ticket. Who could refuse that. So, I ended up staying and this time, I got a pic with my girl Toni, who is still cooler than a fan! Had a GREAT time with you girl. See you soon!

So, I went to see the Tams later and this happened!!! Hey Little Red! I finally got to meet him! That man has energy to burn! I don’t know how he does it. On that same show was also Jim Quick and Coastline. They are always a good time. So, I snapped a couple more pics! (See this time, I made sure I took pictures. I did good! It’s probably starting to annoy you now but. Bare with me! There’s only a few more!

Fast forward to Sunday. I had to get up early to go to the artist showcase and set up my table. I didn’t know who else was going to be there but I ran into THIS!!! 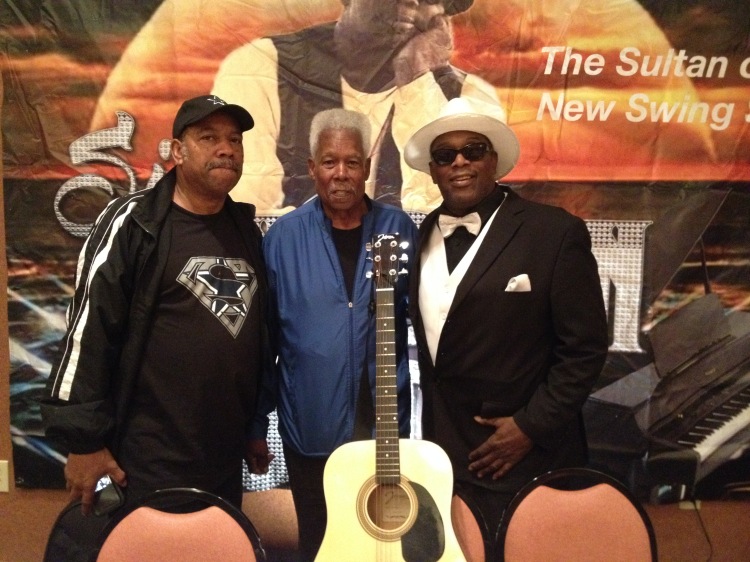 On the left is Robert from Hardaway Connection. On the right is Sir Jonathan Burton…OK this is exciting enough but who is that fellow in the middle you might ask…That my dears is Eddie Floyd!!! That’s right! Mr. “Knock on Wood” himself! He is a real and true legend and I was soooo honored.

The awards show started soon after so I changed my clothes and Toni and I went over to the Alabama Theater together. We sat out front for a while and then went backstage. There were photographers taking pictures of all the artists. I have always hated taking posed pictures but I am starting to get more comfortable with it. So, I posed for mine and went back out front to watch. Long story short, the Male Vocalist of the year category came up towards the end of the night and a young man by the name of Kendrix Singletary won the category! He is the lead singer for Black Water Rhythm and Blues band and he is amazing! I’ve been listening to him for a while. It was his first time winning and the whole room shared his excitement, including me! I was lucky enough to meet him and he is a great person and yeah, he’s a cutie too. Take a look.

Needless to say, this trip was fantastic. So much happened that I’m sure I forgot something. Like I said, I am exhausted. One thing about this weekend, there was always something going on and not much of an opportunity for rest. Thanks to Neal Furr for being my champion and tour guide this trip. It was truly great to see Linda Wengerd-Liskey and her new hubby again. They also won an award this year for greatest fans. I also saw Tammy Velozo-Brown or as she says, Tammy from Boston. These are two great gals indeed.  Anyway, I’m out! Until next time, keep listening.